In the early 1970’s my daughter Elaine went to a birthday party and won this doll as a prize. She was wearing a hand-made dress and there was an H for Horsman on her head. I discovered that she was Mary Poppins, a 12 in. vinyl made in 1966. Later I found an original dress and apron. I made the rest of the outfit shown. 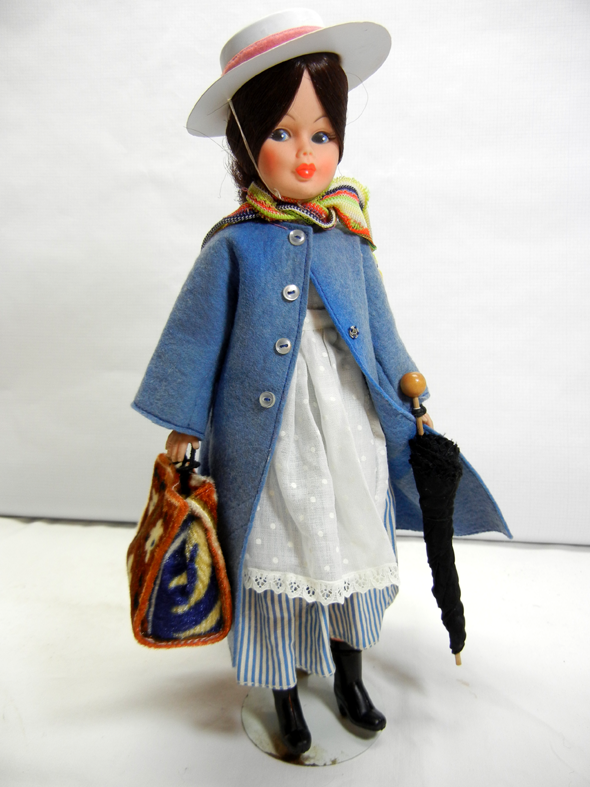