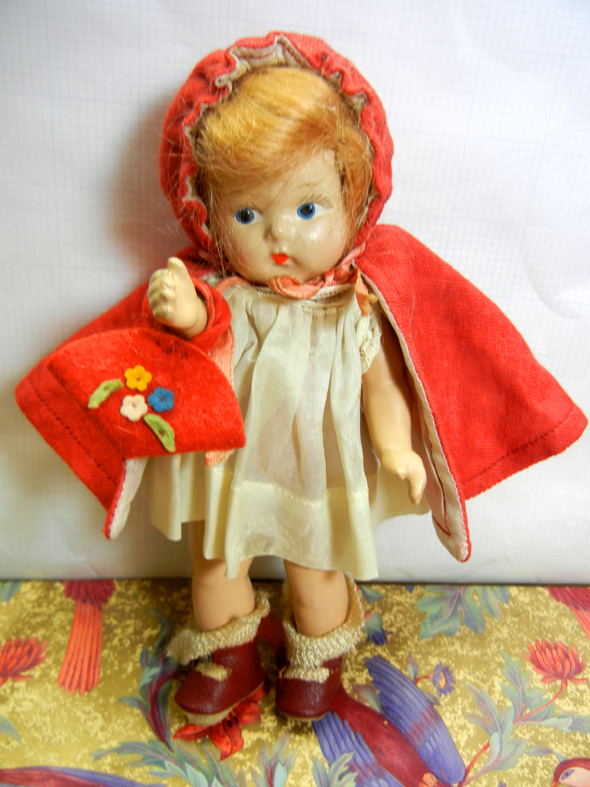 In 1937 the 8 in. composition Vogue dolls, later to be known as Ginnys, were called Toddles. They were grouped into several different series. For instance, the Nursery Rhyme Series in the early 1940’s had a Bo-Peep. Little Red Riding Hood shown here is from the Fairy Tale Series. In 1951 when Toddles were made from plastic with sleep eyes, she had a tag on her arm reading, “Hi, I’m Ginny.”